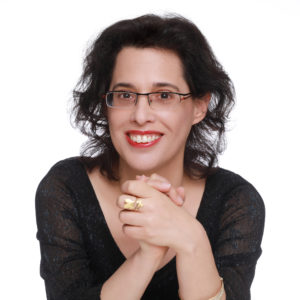 Tamar Herzig is Professor of History at Tel Aviv University.

She currently serves as Vice Dean for Research of the Faculty of Humanities and as Vice Chairperson of the Historical Society of Israel. In 2014-2021, she served as Director of Tel Aviv University's Morris E. Curiel Institute for European Studies.

In 2021, she was awarded the Israel Institute for Advanced Studies’ Michael Bruno Memorial Award for groundbreaking research, for her contribution to the study of premodern history and especially of the Italian Renaissance.

In 2020 she won the American Historical Association's Rosenberg Prize and later on was awarded Honorable Mention of the Renaissance Society of America's Gordan Book Prize in Renaissance Studies (2021) for her book A Convert’s Tale: Art, Crime, and Jewish Apostasy in Renaissance Italy (Harvard University Press, 2019; Hebrew translation under contract with Magnes Press; Italian translation under contract with Viella). For her work on religious conversion in early modern Italy, she also won the Kadar Award for Oustanding Research in 2019.

Prof. Herzig specializes in the religious, social, and gender history of early modern Europe, with a focus on Renaissance Italy. She is the author of Savonarola’s Women: Visions and Reform in Renaissance Italy (University of Chicago Press, 2008; Italian edition published by Carocci in 2014); of a book in Hebrew on the Italian Renaissance (2011; 2014); and of  ‘Christ Transformed into a Virgin Woman’: Lucia Brocadelli, Heinrich Institoris, and the Defense of the Faith (Rome: Edizioni di Storia e Letteratura, 2013).

She has been the recipient of a George L. Mosse Fellowship, Hanadiv Postdoctoral Fellowship, Yigal Alon Fellowship for Outstanding Junior Faculty, Andrew W. Mellon Fellowship, and of Israel Science Foundation research grants (in 2010-2013; 2015-2019; 2020-[2024]). In 2012, she was elected member of the Young Academy of Israel (founded by the Israeli Academy of Sciences and Humanities), and in 2013 she was awarded a Jean-François Malle one-year fellowship at Villa I Tatti, the Harvard University Center for Italian Renaissance Studies in Florence.

In 2015-2021 she was the Renaissance Society of America's Discipline Representative for the field of Religion and member of the advistory board of Renaissance Quarterly. She is a member of the editorial board of the journals Mediterranean Historical Review and I Tatti Studies in the Italian Renaissance and of the book series I Tatti Studies in Italian Renaissance History, and is a member of the academic board of the Medici Archive Project (Florence); of the research project Observer l’Observance: Diffusion, réseaux et influences des réformes régulières en Europe (École française de Rome); of the scientific advisory board of the international research group for Early Modern Religious Dissents and Radicalism (EmoDir), and of the humanities and social sciences editorial board of the Bialik Institute Publishing House.