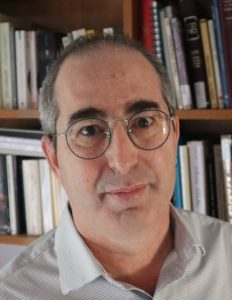 Micha J. Perry (Ph.D. Hebrew University, 2008) is a senior lecturer of medieval Jewish history at the department of Jewish History at the University of Haifa. His book: Tradition and Transformation: Knowledge Transmission among Medieval Jews was published in Hebrew, in 2010; His second book was published by Routledge in 2019 under the title: Eldad’s Travels: from the lost Tribes to the Present. He was  the 'Alan M. Stroock' Fellow for Advanced Research at Harvard University (2009); and the 'Jacob & Hilda Blaustein' Post-Doctoral Fellow at Yale University (2010-2011). He won the Fulbright Fellowship (2008); as well as the Lady Davis Fellowship Trust (2011-2012). During 2018-2019, he was a Visiting Lecturer at Yale‘s Judaic Studies Program and History Department.

His main areas of Research are: Medieval Jewish History; Histoire des Mentalités; Sociology of knowledge; Medieval Jewish Material Culture; Jewish-Christian relations in Medieval Europe; and the ties between Jews in the East (under Islam and Byzantium) and Jews in the West during the Middle Ages.